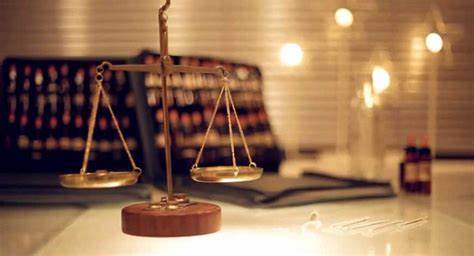 Summary
The Court of Appeal in Kenya Revenue Authority & another v Republic, ex parte Kenya Nut Company Limited [2020] eKLR held that with regard to withholding tax due from a non-resident person not having a permanent establishment in Kenya, but trading with a Kenyan entity, it was the business of the Kenyan entity to ensure that the tax was deducted from any payment made to the non-resident person and remitted. This obligation was mandatory and the Kenyan entity was deemed to have full knowledge of the provisions of sections 10, 35 and 96 of the Income Tax Act, Cap 470.

Background
The Kenya Revenue Authority (the appellant) carried out a tax audit on the business of Kenya Nut Company Ltd. (the respondent) between 2002 and 2005. After being given an opportunity to provide an explanation on some of the issues arising from the audit, the respondent was ultimately informed through a letter dated on October 1, 2007 that it owed Kes.33,534,855 in withholding tax based on the commissions paid to their overseas selling and marketing agents. The appellant assessed and demanded the said amount via a letter dated August 19, 2008 (assessment notice). The respondent objected to the assessment and insisted that no withholding tax was owed. To forestall the intended action by the appellant, the respondent filed in the High Court (the trial court) a judicial review application. The respondent’s main contention was firstly, that it was unconscionable for the appellants to demand withholding tax from the respondent, yet payment was made at source without opportunity to deduct the same from the commission paid to the overseas agents; secondly, that the funds retained by the foreign entities contained a mixture of commissions and (promotional) expenses; and finally, that, since expenses do not constitute withholding tax, it was erroneous for the appellant to demand Kshs 33,534,855 which did not take this fact into account.

The trial court found merit in the respondent’s motion and issued an order of certiorari and quashed, among others, the decision of the appellant contained in the letter dated August 19, 2008. Aggrieved by the decision, the appellant filed an appeal to the Court of Appeal on grounds, among others, that the trial court erred; in failing to find that it was the duty of the respondent to ensure that withholding tax was deducted and remitted to the appellants irrespective of whether the proceeds of sale were remitted to it or its agents and in stating that there was no provision in the Income Tax Act that justified the levying of penalties and interests.

Held
The Court of Appeal, as is customary reminded itself that on a first appeal, it had a duty to subject the evidence as a whole to a fresh and exhaustive examination in order to arrive at its own independent conclusion on that evidence, of course making allowance for the fact that the trial court had the advantage of hearing and seeing the witnesses.

The Court thereafter proceeded to hold that the remedy of judicial review is concerned with reviewing not the merits of the decision of which the application for judicial review is made, but the decision-making process itself; that the purpose of the remedy of judicial review is to ensure that the individual is given fair treatment by the authority to which he has been subjected; that it is no part of that purpose to substitute the opinion of the judge for that of the authority constituted by law to decide the matter in question; that merit consideration will be entertained in exceptional cases, especially where it is shown that there was no evidence upon which such a finding could be made so as to render the finding unreasonable under the Wednesbury principles.

The Court clarified that it is now accepted that on account of consideration of proportionality and unreasonableness of a decision in issue, analysis of article 47 of the Constitution of Kenya, 2010, as read with the provisions of the Fair Administrative Action Act, there is an implicit shift of judicial review to include aspects of merit review of administrative action and that those decisions have also emphasized that even if the merits of the decision is undertaken, the court has no mandate to substitute its own decision for that of the administrative body.

With regard to the specific complaints made by the respondent concerning commissions to its agents being deducted at source and therefore not being able to collect withholding tax, the Court fund, significantly, that given the respondent’s exposure and involvement in international trade, the respondent had the capacity to device practical technique, methods and systems that would ensure collection and remission of tax from source and stated, further, that provision ought to have been made in the contract between the respondent and the foreign agents to ensure that at the point the commission was paid, withholding tax should have been factored in and thereafter remitted to the respondent.

With regard to withholding tax due from a non-resident person not having a permanent establishment in Kenya, but trading with a Kenyan entity, the Court was categorical that it was the business of the Kenyan entity to ensure that the tax is deducted from such payment and remitted.

The Court found that the argument that the amount retained by the agents comprised commissions and expenses is, in our view immaterial, holding that the respondent was under an obligation to identify and satisfy the appellants what portions were expenses and which ones were commissions.

Following the lead of the Supreme Court, the Court held that there cannot be a legitimate expectation against clear provisions of the law or the Constitution.

Our comment
Section 10, 35 and 96 of the Income Tax Act are couched in mandatory terms. It is incumbent on any person upon payment of an amount to a non-resident person not having a permanent establishment in Kenya in respect of management or professional fee to deduct therefrom tax at the appropriate non-resident rate. This means that a person who by contract, with a non-resident person, is obliged to make payment to a non-resident person, in the circumstances contemplated under section 35 of the Income Tax Act, should device practical techniques, methods and systems that would ensure collection and remission of tax, failure to which he/she may find themselves at the wrong end of a demand for unpaid taxes along with penalties and interest for the same.

Further, judicial review is not, in most instances, an appropriate strategy to challenge an assessment made by the Kenya Revenue Authority. In the long run, the law gives the Kenya Revenue Authority a very wide hand and is and is generally “responsible for the control and the collection of, and accounting for, tax”, and it is therefore incumbent that a tax-payer develops systems that ensure that he pays taxes due from him.

The decision is available here http://www.okadvocates.com/blog/wp-content/uploads/2020/07/Kenya-Revenue-Authority-and-another-v-Republic-Ex-parte-Kenya-Nut-Company-Limited.pdf